When the ancient rulers of the Old Kingdoms were defeated by the Arcane Lords, they fell into exile for millennia. The human race was almost forgotten and only the strong survived, eventually the bloodlines were reforged, and the time came for — the Rise of the Archons.

Rise of the Archons​

Rise of the Archons is feature rich, and will keep you busy for hours at a time. Some of the more exciting aspects are explained below. Check them out!

Eight character classes
The eight character classes in Rise of the Archons can conquer the game alone, or work together harmoniously. Each character has it’s own weaknesses and strengths, and has unique skills and spells. While they can all share items such as rings, bracelets, necklaces and helmets – some items, such as armour, weapons and power sources, are restricted to each classification.
Read more about The eight Archons..


Vast dungeons, distant lands and Beautiful cities
There are 14 Provinces and numerous dungeons all interconnected in a vast open world environment. Players of all classes and creeds, levels and experience are able to interact directly and team up with few limitations on who goes where. Some restrictions however are in place to protect new and low level players. 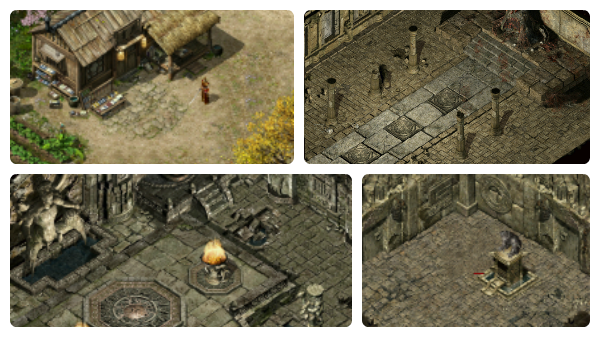 Expansive maps and dungeons lay waiting for those brave and strong enough to claim their treasures and defeat their guardians.


Skill Trees
Each character class has his/her own unique skills and spells. These are displayed beautifully in the skill tree. Hover over the skill icons to discover the details of each, showing training requirements, damage ability, and a simple description.


PvP, PvE, guilds, or co-op; play how you like
While Rise of the Archons is designed to be played in large groups, you can still have lots of fun on your own. Many caves have been considered for single player hunting, and while you may not be able to defeat all the bosses alone, you will find some worthy Champion or Super monsters on the way.


Deep Quest system takes you to distant lands
There is a deep quest system that provides three different adventure pathways for players up to level 22. With each of the eight job classes there will be a unique quest-line and story, developing their character and their roles in the universe.

The quests will send you travelling through to the fourteen provinces, each with their dungeons, cities, stories and histories. There will be a mixture of randomised and storyline led quests, none of which are essential to play, yet give you objectives and rewards that will be beneficial on your journey. 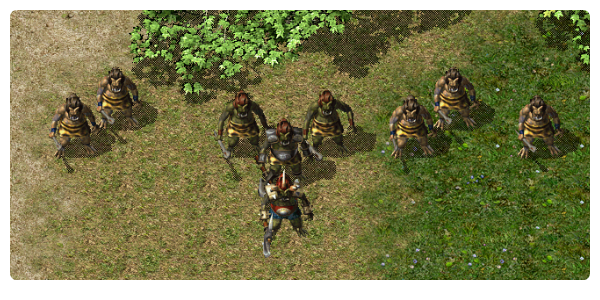 
Bosses and Lords
Bosses have their own distinguished intelligence, and control a variety of minions. They may have a selection of weapons or spells at their disposal, and will target enemies tactically. Some bosses have the chance to spawn as Champions and will be a mighty challenge to fight. A Champion may only appear once a week and will likely take an army to be defeated – but the rewards will be plentiful.
The Arcane Lords are vengeful
​
There are 14 Arcane Lords in Archia. Rarely seen, they will occasionally come to the aid of their minions in defence of their kingdoms. The ultimate challenge – only a full group of highly skilled Archons will be able to defeat a Lord.


Epic Battles and Guild Warfare
Battles between Guilds are vast and fast. Guilds at war can claim ownership of cities and castles, demanding tax and generating income to pursue their goals, be it for good or for evil.

Not only will Guilds be fighting for status in this highly competitive game, they will fight over loot, or even for the chance to kill the dungeon’s Boss or Champion. Guilds will also fight for the fun of it, in the hope that they will gain a new treasure or trinket.


Item exchange and Stalls
Most items can be exchanged safely between players using the in game trading system which allows up to ten items plus gold to be traded between parties. This enables a secure method of selling or trading loot that you have found but may no longer need.

Players can also set up Market Stalls to sell their wares, setting specific prices for items ready for other players to come along and buy them. Stalls allow you to set prices in different currencies.


Crafting and loot system
The loot system in Rise of the Archons is regional, meaning that many monsters in a cave or dungeon have the same or very similar drop charts. The only thing that differs is the chance of getting an item drop and the chance of it being imbued.
Much of the items dropped by monsters will be imbued with magical properties. Furthermore unique item names make for exciting item builds.

All items, magic or not, can be smelted down and used to enhance another item of similar level, and with over 40 types of stat attribute, no item will be the same. Sockets, orbs, and gems can be used to enhance items further, for those lucky enough to find them!


Player Alchemy and Ingredients
Want to be an Alchemist? Collect fallen flowers and leaves, even body parts of the departed and use them to enhance your potions. Many potions and broths can be modified this way and it can be done on the move, so keep an eye out while hunting.

Each type of character class has his own upgradeable handheld trinket. Be it an amulet, a poison bag or a runesphere, these items can also be enhanced with the help of alchemy using special ingredients.


Battle Companions
Recruits and Pets are a key concept in Rise of the Archons. Many job classes such as the Necromancer and the Mystic have the ability to summon minions or raise the dead to their own ends. Other classes may rely on recruiting Mercenaries to aid them in battle.


See you on the FORUM

This thread is reserved for updates from the server owner(s) only. Do not post here.

If you wish to discuss this server or need technical support, please use the dedicated Discussion Thread found in the Server Discussion section.


Link Below for Server Discussion